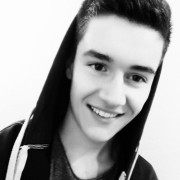 Hey there, my name is Philipp, I'm an 18-year-old student from Herzogenaurach, Bavaria.

I love learning languages and meeting new people from all around the world!

German is my mother tongue and I am fluent in English, though I also have advanced skills in French, Spanish as well as basic Swedish and Norwegian skills.

However, my goal is to improve my skills in Finnish and Japanese which I've taken up some weeks ago (I already know Kana and some basic Kanji).

If that sounds like something you could help me with or if you need a German/English speaking language partner, I would be more than grateful for your response! :)