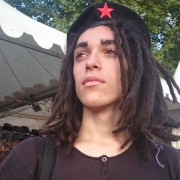 Guillaume /gijom/ n. : A member of the species Homo sapiens, living in France, in occidental Europe. He spends the major part of his day wasting his time on the Internet. However, some observations report that he could have some other activities such as listening and playing music, watching films, reading or even interacting with other individuals. He also seems to be interested in languages, history and generally in science.